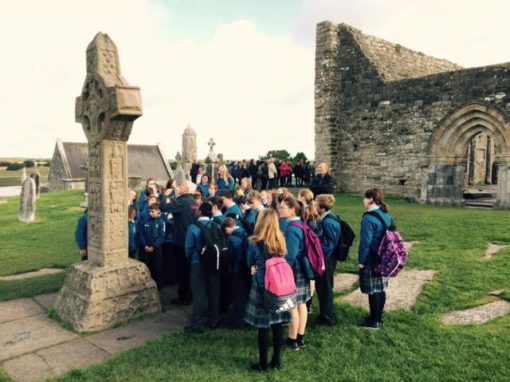 Accompanied by the College Principal, Mr Brendan Waldron, First Year Year Head, Mr Robert Purtil, and College Chaplain, Mr Tom Snyd, they were joined by Fr Michael Duignan representing the College’s Patron, Bishop Kevin Doran. After an informative video presentation in the Visitor’s Centre on the life of St Ciarán, the 90 strong student group embarked on a guided tour of the monastic site. This was followed by a prayer service in Temple Connor during which Fr Michael in dialogue with the students helped draw the connection between the round towers of Clonmacnoise and the various symbols on the College Crest. The role the monastery had as one of the greatest centers of Christian learning in 7th and 8th century Europe was also mentioned along with the hope that at Coláiste Chiaráin would likewise become a place of great Christian learning into the future.

Prayers were offered for all the College community but in particular for the students present and their families as they set out on the exciting but sometimes fearful journey of their first year at secondary school. The weather was kind to the group allowing for them to finish the day with a picnic in the autumn sunshine. 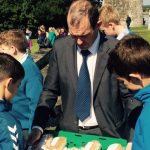 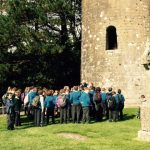 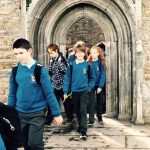